When the coronavirus pandemic first emerged in the central Chinese city of Wuhan, shortages of personal protection equipment (PPE) were soon apparent.

As supplies dwindled, medical staff resorted to wearing rubbish bags on the wards, recycling masks by disinfecting them with UV radiation, and keeping their protective suits on as they slept in their hospital’s isolation areas, not knowing if there would be more when they had to go back to work.

Dr Jiang Rongmeng, an infectious disease specialist from Beijing’s Ditan Hospital, saw first-hand how doctors on the front line fought the highly contagious Covid-19, hampered by these shortages in the early stage of the outbreak before plentiful supplies became available.

Now these scenes are being replicated in the United States – which has reported 466,000 infections and close to 17,000 deaths – and Europe as the pandemic’s epicentre has shifted, and health care workers taking to social media to plead for proper protective gear.

In New York state – the hardest hit in the US – the health department last week warned hospitals to prepare for a lack of PPE, acknowledging that doctors and nurses would have to work without it. Health care workers are unsure how to disinfect their N95 masks, which are meant to be disposable.

“None of the tests available to ensure sterilisation are meant for N95 masks,” said Benhur Lee, a professor of microbiology at the Icahn School of Medicine at Mount Sinai in New York.

Jiang was part of the expert panel sent to Hubei province, in central China, by the National Health Commission at the height of the outbreak there. He trained medical teams in how to protect themselves while treating severe cases and believes the hard lessons learned have value for their overseas counterparts.

“You can’t provide health care if you don’t effectively protect yourself with PPE,” he said. “You will be in danger of in-hospital infection if you don’t have proper isolation wards or protocols.”

had been infected at work by mid-February, in part because of the limited knowledge about the virus at that time, but also because they were not properly protected.

Hospitals were initially overwhelmed by Covid-19 patients, but as medical teams from across the country began to arrive in late January, protocols were established covering everything from disinfection methods to what gear to wear for various procedures. 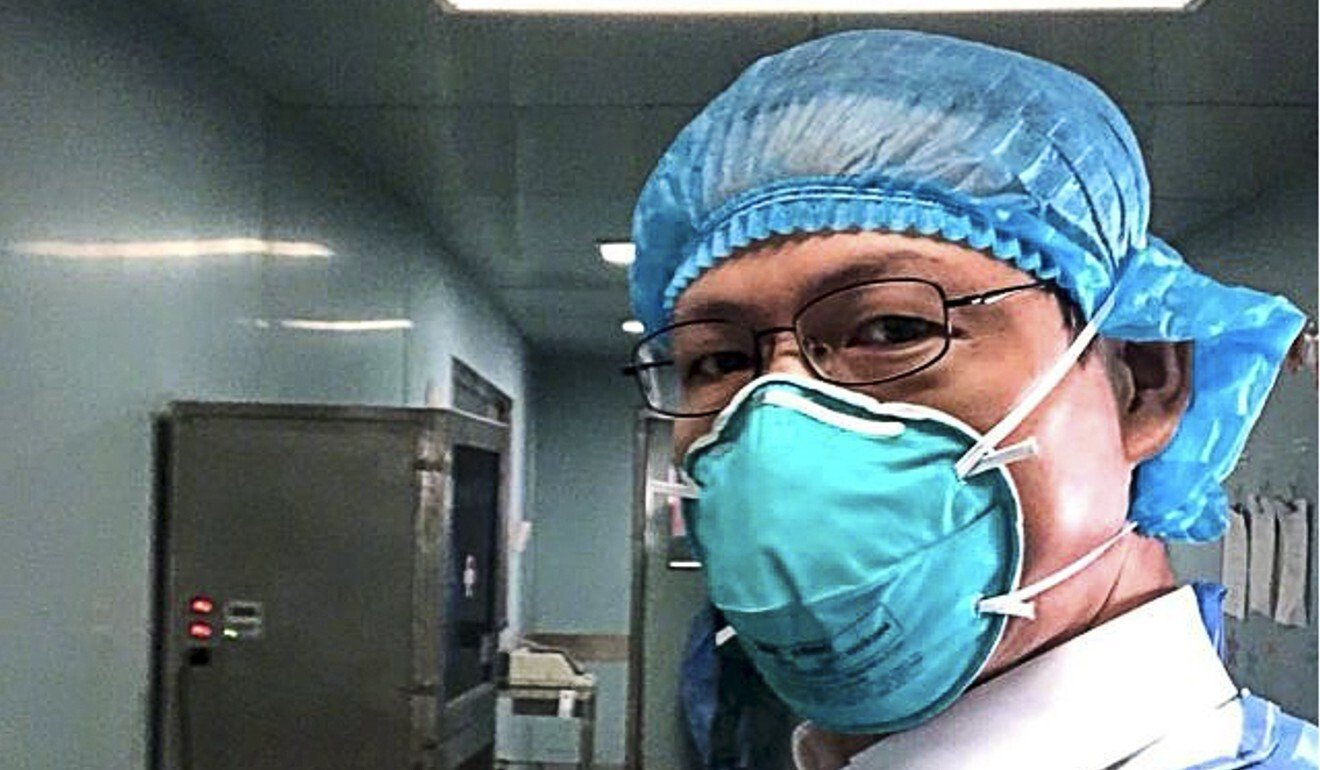 According to Chinese health officials, about 3,000 medical personnel were infected from the start of the outbreak in December, but all of the 42,600 health care workers sent to Hubei from across China by the government had been kept safe from the new coronavirus.

Thorough training and respect for protocols – in everything from the characteristics of the disease to self-protection among medical staff, including how to properly put on and remove PPE – contributed to the eventual achievement of “zero infection” among health care workers, Jiang said.

“Some health care workers had not even seen a protective suit before so training was very important. Everyone had to go through the drills before they could start taking in and looking after patients. There should be designated persons responsible for helping others in handling the PPE,” he said.

Jiang said it was equally important to set up designated areas within hospitals, each with their own specific protocols. He and his colleagues inspected every hospital in Wuhan to make sure isolation wards for treating Covid-19 patients were properly set up.

Designated clean areas, potentially contaminated areas, and contaminated areas, as well as separate passages for patients and health care workers, all needed to be in place before the wards were ready to admit patients, he said. Medical workers were required to follow strict rules for handling their gear and washing hands in each area.

The same protocols and zoned isolation areas were established in the makeshift shelter hospitals, converted from public venues such as exhibition centres and sports stadiums, Jiang said.

Safeguards were also developed for hazardous procedures such as intubation, which can cause a splattering of airway secretions and threaten health care workers with aerosol transmission.

“Each medical team had at least one staff member who specialised in hospital infection control. Some teams put on extra gear, like three or four pairs of gloves, out of fear for infection, and we respected that. Better to be overprotected than under,” Jiang said. 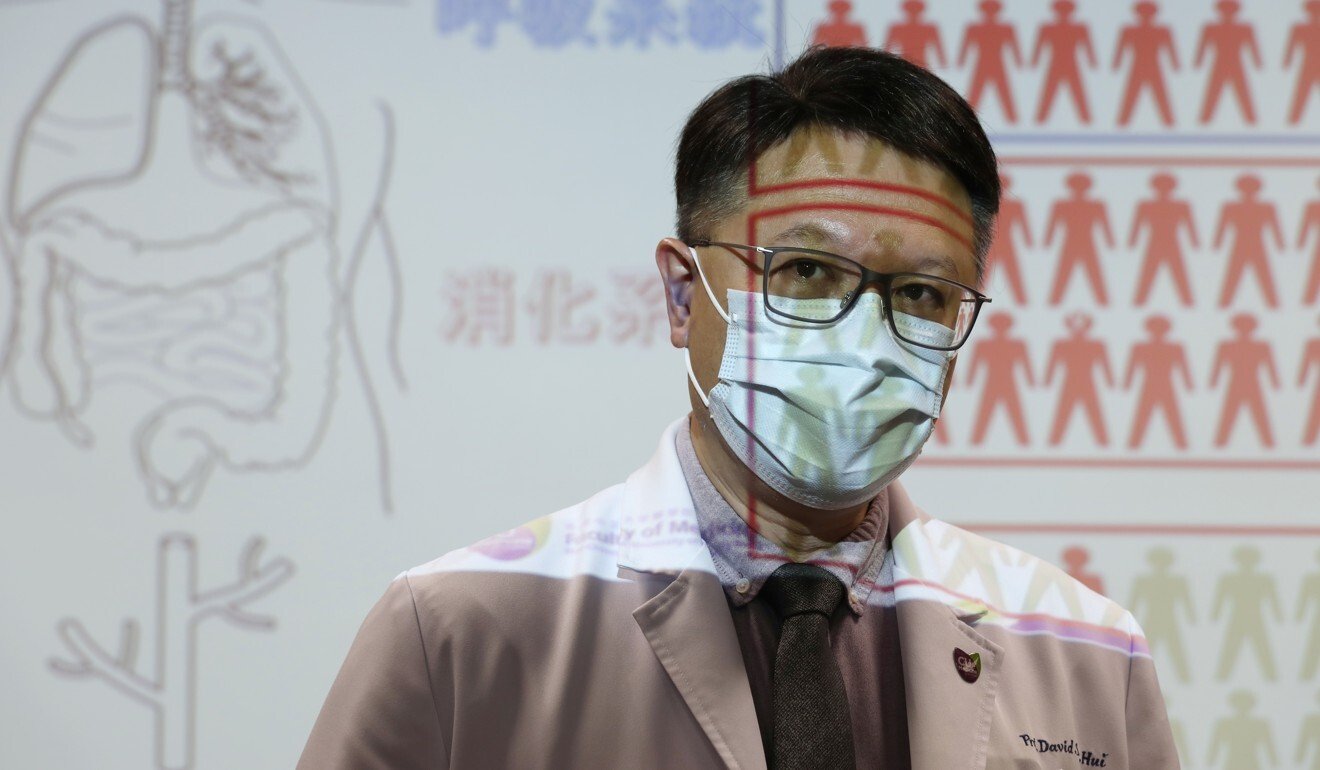 Professor David Hui Shu-Cheong says doctors in Hong Kong use N95 masks even when they are not performing tasks that may expose them to the coronavirus. Photo: Xiaomei Chen

Professor David Hui Shu-cheong, a respiratory disease expert with the Chinese University of Hong Kong and an adviser to the World Health Organisation, said he believed the large number of isolation negative pressure rooms also contributed to the zero infections so far among Hong Kong’s medical personnel.

“We have 1,400 beds [in these isolation rooms] for a population of 7.5 million. The number is very high,” Hui said, adding that doctors in Hong Kong used N95 masks even when they were not performing tasks that may expose them to the coronavirus.

“PPEs and negative pressure rooms are the most important measures to protect health care workers.”

Qiao Jie, president of Peking University Third Hospital who led his staff to Wuhan, said substitutes for negative pressure rooms could be produced quickly if it was not feasible to renovate hospital wards.

“By using high-power exhaust fans in the ward, we could change the airflow and increase safety for the patients and their doctors and nurses,” she said.

While technical protocols and treatment plans have now been formalised in China as national guidelines for all hospitals, similar universal protocols for health care workers handling the Covid-19 outbreak in the US have yet to be put in place.

Asked what official guidelines had been established for dealing with Covid-19 patients in California, Peter Chin-Hong, professor of medicine and an infectious disease specialist at the University of California San Francisco (UCSF) Medical Centre, had a straightforward answer.

“The answer to that is actually pretty simple,” he said. “There are none.”

Precautions still vary from person to person – the product, not of central guidance, but of shared personal experience and advice between health care workers.

An unnamed source at a health department in San Francisco’s Bay Area said the only universal protocol for health care workers was training in “donning and doffing” – how to safely put on and then remove protective gear and clothing.

After that, the source said, protocols varied from role to role and hospital to hospital. Self-quarantining among health care workers was increasingly common but was more of a personal decision. He said he had heard of medical staff self-quarantining from their families, but was unaware of any official protocol around the practice, at least within his system.

Many health care workers in the Bay Area took the precautionary step of sending their children to stay with their grandparents before beginning work with Covid-19 patients. Dr Chin-Hong said he was living apart from his family and would put himself through two weeks of quarantine before seeing them again.

“It’s very patchwork. Other people have done other things, and you’ve seen social media images of people looking at their kids through glass,” he said.

In California at least, and especially in the Bay Area, there is a push to use hotels as both housing for the homeless and as quarantine centres for health care workers.

UCSF has provided hotels – and state and local governments are beginning to provide hotel rooms as well – to staff who want them and has opened up public facilities like showers at the gym for frontline workers.

On the other side of a coronavirus nightmare, Wuhan wakes up to start again

Their Chinese counterparts were provided with hotel accommodation near hospitals – so they could “sleep well, eat well, rest well” and “ease the concern of family members of front line hospital staff”, according to a directive issued by the central government in early February.

“As long as you wear and remove PPE properly, there should not be a problem. Some junior doctors are worried and they use the HK$500 (US$64) allowance from the Hospital Authority to stay in hotels. All seniors go home,” he said.

In Hubei, China stopped the spread of the infection in the community by building dozens of hospitals – staffed by 42,600 medical workers, a third of them specialising in intensive care – from late January to early March.

The influx of medical staff also gave local health care workers an overdue break from days of long shifts characterised by an overwhelming number of patients and a shortage of staff. Supporting medical teams were asked by the central government to take rotations and have regular rest days.

Some medical teams implemented 14 days of rest and quarantine between rotations, while others had just two or three days off during their time in Hubei, Jiang said. As the workload increased in isolation wards, with no helping hands from family or other carers, medical teams were also allowed shorter shifts to ensure they would survive the heavy pressure.

Other doctors have described the difficulties of handling patients while wearing foggy goggles, sweaty protection suits and layers of gloves. Medical staff were also responsible for all the other work of patient care, such as turning them regularly, cleaning, feeding them, suctioning their sputum, and changing those suffering from incontinence.

Life as a coronavirus patient in Wuhan during its darkest hour

Subsequently, it was arranged for doctors to work no more than eight hours each shift and for nurses to work four to six hours per shift.

“It is easy to make mistakes when health care workers are overloaded,” Hui said. “In Hong Kong, a dirty team shift continues for six weeks but after that they will be transferred to normal duty.”

Across mainland China, frontline medical staff are urged by the government to have check-ups and regular monitoring. Some medical staff take a coronavirus test and are released from quarantine to return to work or go home if their results are negative. One doctor handling Covid-19 patients in Jiangsu province was tested three times within a month.

In the US, some states encourage health workers who display mild symptoms to quarantine for seven days rather than take a test for the coronavirus. At UCSF, medical staff are tested but the hospital is struggling to meet its 4,000 tests per day capacity, with shortages of rudimentary cotton buds.

Robert Delaney is the Post’s North America bureau chief. He spent 11 years in China as a language student and correspondent for Dow Jones Newswires and Bloomberg, and continued covering the country as a correspondent and an academic after leaving. His debut novel, The Wounded Muse, draws on actual events that played out in Beijing while he lived there.

Based in Beijing, Zhuang Pinghui joined the Post in 2004 to report on China. She covers a range of issues including policy, healthcare, culture and society.

Josephine Ma is China news editor. She has been covering China news for the South China Morning Post for more than 20 years. As a Beijing correspondent, she reported on everything from the Sars outbreak in 2003 to the Lhasa riot and Beijing Olympics in 2008.

Charley will write about anything but has a passion for food. After years living and eating in Asia, he has recently relocated to Los Angeles where he is delighted to report that the dim sum isn’t terrible.

Special prayer gathering for the cure from disease of Khokon Serniabat

Special prayer gathering for the cure from disease of Khokon…